Grounded theory may be defined as: ‘the discovery of theory from data systematically obtained from social research’ 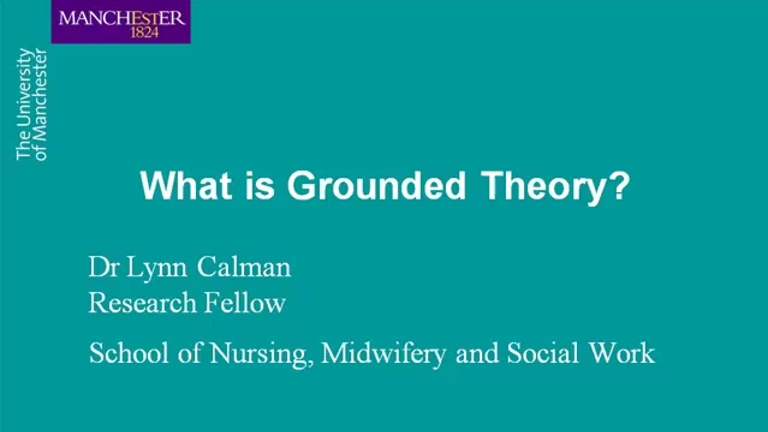 In 1967 'The Discovery of Grounded Theory' was published and was quickly added to reading lists and embraced by social researchers. However, what grounded theory is and what it should be is contested within social research, with a rift between the founding authors complicating matters.

Grounded theory has not been immune to the debates surrounding the status of truth and knowledge and the position of the researched and researcher and it has been interpreted and reinterpreted in light of them.

Much of the success of grounded theory was due to it being able to answer a number of questions about qualitative research that previous texts had failed to answer, namely, how to start the research (identifying area of interest, avoiding theoretical preconceptions and using theoretical sensitivity), how to do it (through analytical procedures and sampling strategies) and how to stop (when theoretical saturation is reached). The What is...? talk will also address some of these practical concerns.

Download PDF slides of the presentation 'What is Grounded Theory?'