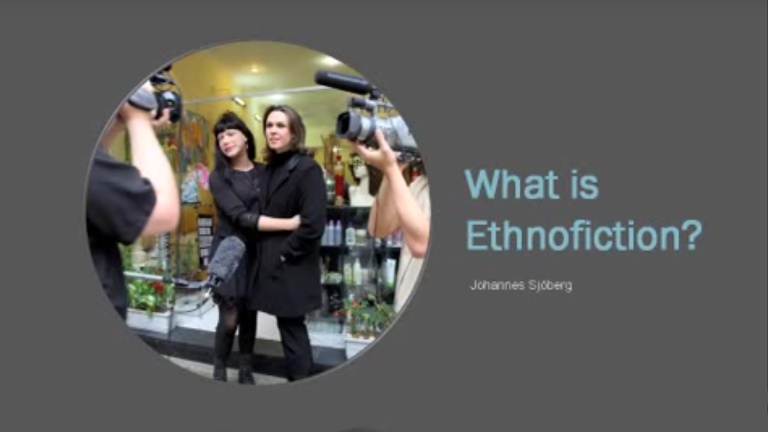 In the late 1950s’ visual anthropologist Jean Rouch started to experiment with fiction and projective improvisation in ethnographic films such as Jaguar (1957-1967), Moi, un noir (1957) and La pyramide humaine (1959). French film critics would call these films ‘etnofiction’. Even though Rouch made his ethnofictions as a part of his ethnographic research and representation, he remained faithful to his passion for surrealism and poetry, and often opposed anyone making theories about his films.

Defying Rouch’s view on this matter, the presentation explores ethnofiction as an ethnographic method by drawing on a practice-led research project based on ethnographic filmmaking among Brazilian transsexuals and travestis living in São Paulo. Informed by other travestis and transsexuals, including artists, prostitutes, health informers and political activists, Fabia Mirassos and Savanah ‘Bibi’ Meireles acted out personal and social experiences in an ethnofiction called Transfiction (2007) (remix 2010).